Bulletproof Editorial for the New York Times: Why Eating Meat is Ethical

Several weeks ago the New York Times gave an invitation to its readers: “Tell us why it is ethical to eat meat.”

The winner, Jay Bost, a vegetarian returned to meat-eating, wrote a great essay which you can check out here.

Below you’ll find the Bulletproof version I submitted to the New York Times for consideration.

The ethics of eating meat have been on my mind for a long time, during which I’ve tested everything from raw vegan diets to vegetarian to Paleo.

Along the way, I stayed at a Buddhist monastery in Nepal eating vegan “no death” food and learned about the ethical precepts behind “no killing.” It made sense.

But as I continued my explorations deeper into Tibet, I came across a stunning high altitude monastery halfway between Lhasa and Mt. Kailash. On its central prayer pole hung a giant yak skin. Being a curious American, I found the crimson-robed Lama who ran the monastery and asked him, point blank, “Isn’t that a yak skin? What happened to the whole “no killing” thing?”

He smiled and his eyes twinkled as he said very simply, “One death feeds many. We need meat and fat to survive.” Given his faith, I trust that this man would have gladly avoided that one death if he did not actually need meat and fat to survive in the harsh environment his monastery sat in. It was a laughably simple argument for ethically eating beef while avoiding chicken.

There is another more personal glaring ethical implication of not eating meat. It is rooted in the new science of epigenetics, which studies how our environment – and food – affect our children and even change our grandchildren’s genes. My wife Lana, a Karolinska-trained physician, and I authored “The Better Baby Book,” which will be released by Wiley & Sons in December. Our book describes everything we know about how to use epigenetics to have a smarter, healthier baby and is based on 1300 science references.

Our research found overwhelming evidence that a vegan diet in both parents leads to negative epigenetic changes in the health of our children and grandchildren, and it shrinks their intelligence too. We used our knowledge – and meat – to have two healthy children after age 40 with no fertility assistance. Native cultures knew this too; there are extensive records that the fattiest animal products – liver and fish eggs – were preferentially provided to pregnant women to ensure the healthiest babies.

There is an overwhelming ethical argument to doing whatever it takes to keep our children’s minds – and genetic inheritance – as strong as we can. To do otherwise is monstrous, both to the children harmed by their parents’ well-meaning but poorly researched vegan diets, and to our evolution as a species.

It turns out that the Tibetan monk’s simple wisdom may very well have saved me from sabotaging my already damaged health with more vegetarian diet experiments, but I still believe it is unethical to eat chicken because it causes more suffering than necessary. If you eat a pound of grass-fed beef every day for a year, you are responsible for precisely 0.7 deaths.

I smile with satisfaction when I think of my shockingly healthy 2.5 year old son happily gnawing on a rib bone from a lamb I’ve butchered myself, knowing I’ve done what is possible to support his neurological growth in a way that minimized suffering of all beings. It doesn’t get any more ethical than that. 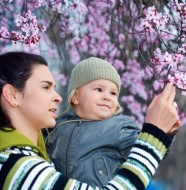 Hooray! The Better Baby Book Proposal is in Publishers’ Hands!

5,405 Comments on "Bulletproof Editorial for the New York Times: Why Eating Meat is Ethical"