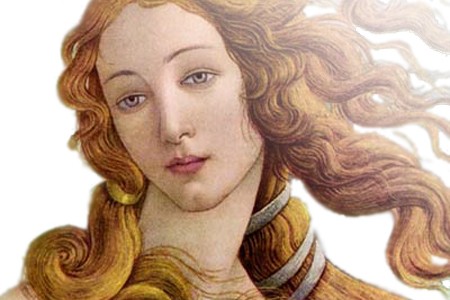 Most mothers in America would love to have the figure of Hera, mythical “queen of the gods” who bore 5 children to Zeus, but somehow managed to remain an icon of beauty. Was there magic involved in keeping her figure? Perhaps. After all, this was in the times of ancient Greece.

However, for us ordinary mortals with young kids, it can feel like having the curves of a goddess is not within reach unless you’re prepared to undergo long periods of starvation and hours of exercise, or somehow roll the clock back to when you were 25.

The good news is you really don’t need to be 25 and spend 5 days a week in the gym to get your goddess figure back!

Using the Better Baby Diet, I was able to do what some people think is impossible: quickly and easily regain my figure after having 2 kids when I was over the age of 40, in a matter of weeks.

Being a mother who is also a physician, I decided to monitor my progress. I took two measurements to track how I was doing: waist and hips. If you, like many new mothers, feel that a waist is something you USED to have, but have no idea where to find it now, don’t worry. On the diet and with the exercise program, it will come back, faster than you think.

Why the waist to hip ratio? Because it’s critical, and not just for looks, but for overall health and longevity. The waist to hip ratio (WHR), according to the American journal of Clinical Nutrition, is a better indicator of health than the BMI (body mass index).

Your waist to hip ratio also indicates fertility and hormone levels.  For women, a WHR around 0.7 spells fertility and is correlated with optimal levels of estrogen and a decreased risk of diabetes, cardiovascular disease, and ovarian cancer. This is literally the “goddess ratio” – for centuries this is the WHR of goddesses depicted in temples from India to Greece or on the silver screen (we are talking Marilyn Monroe here, not a Hollywood starlet with killer abs who is just skin and bones – and possibly infertile as a result).

Many of us become so focused on moving the scale down, that we forget about the importance of maintaining muscle mass and keeping some necessary healthy fat on our bodies.

How I Got My Goddess Figure Back

Before I got pregnant, my WHR was 0.82. I was skinny, with slim hips. Like most first time mothers, I ate for two and gained some 40 lbs. My daughter weighed 8lbs at birth. The placenta, retained fluids and increased blood volume accounted for another 8-10lbs. That left me with a good 20 lbs of  new “curves” and a WHR of 0.85. Not even close to 0.7!

I lost most of it simply by nursing and  just sticking to the Better Baby Diet. I put on the same 40lbs during my second pregnancy. Now, most women will tell you that to get your body back after the SECOND child is a lot harder than after the first. True enough, after having my second child at age 42, I had a WHR of 0.81 with 37.5 inch hips and 30.5 inch waist. And I really wanted to get the goddess figure I had dreamed of. As a physician and mother of two young children, I didn’t want to starve myself, or avoid fat (bad idea in general, and especially if you are breast feeding!) or over-stress myself with exercise.

Here’s What I Did

I stayed on the “green” side of the Better Baby Diet (part of the Better Baby Guide – sign up on the right hand side of this page).  This is the same diet Dave and I used to boost our fertility and help us get pregnant in the first place.  It helped me get back to my healthy weight without a single modification. This took about 4 months, and I never cut a single calorie or felt hungry. Instead, I ate the right foods, including healthy butter, meat, and eggs, as well as vegetables. This part was easy.

However, it’s one thing to lose weight, and another to have the waist, hips and abs you want. You may be the same 135lbs, it’s just that the pounds aren’t where they used to be. So to address this, my “biohacker” husband suggested I start doing T-Tapp exercises for 20 minutes at a time, 3 times a week, for 4 weeks.

This is a simple, effective workout plan based on compound movements.  It also helps circulate lymph fluid which clears toxins from your body. I had exercised regularly throughout my life, and was used to putting in long hours on the yoga mat, sweating it out with weights at the gym, and adding miles on my running shoes, to see results.

I couldn’t believe it when I saw tighter abs and thighs after only THREE sessions of T-Tapp. It was too good to be true, I thought. Yet here I was, 20 minute sessions, in my living room, three times per week, and after 4 weeks, I looked toned all over, fit, felt good, had noticeably increased core strength and the best WHR of my life: 0.74. People notice these curves!

And the physician in me likes that T-Tapp is safe. There is no jumping, no over extending of ligaments, no hard repetitive stress on joints that are still loose from a pregnancy.

I regained – and even improved – my figure using the same diet that allowed Dave and me to get pregnant.  It was simple, easy, and fun.  I didn’t have to worry about counting calories or crazy techniques to lose weight fast.  You can use the same techniques to build or regain a goddess figure, no matter when in life you have kids.

About the Author: Lana

Lana Asprey is the mother of 2, a Karolinska-trained MD, and co-author of the Better Baby Book. She has practiced family medicine and internal medicine, and worked extensively with hard-to-spot allergies to metals and environmental toxins.