Is Round-Up Harming Your Kids? 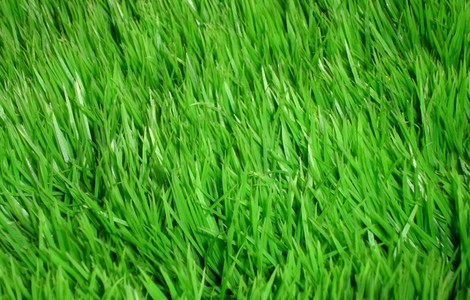 Imagine your children playing in the grass.  You’ve worked hard to keep them safe from toxins and provide everything they need by following our advice.  All is well – except the grass they’re playing on.  It’s not the grass, but the chemicals on the grass and in the soil that might be hurting your child.  This same toxin could be in their food.

It’s hard to provide everything your children need to become healthy.  It’s even harder to keep toxins from impeding their growth.

In the years of research my wife and I put into the Better Baby Book, we looked at every possible toxin that could effect the growth of our children.  Not only did we look at toxins they could be exposed to after birth, we took every precaution to keep them safe during pregnancy.  We wanted our children to grow up as nature intended – strong, smart, and healthy.

This is why it’s so hard for me to see stories about how the world’s most commonly used weed killer causes birth defects.

A recent report entitled “Are Birth Defects Being Caused by the World’s Top-Selling Weedkiller?” came to my attention.

Round-Up, the popular herbicide made by Monsanto, contains compounds known as glyphosphates.  Glyphosphates have been shown to cause birth defects in both animals and humans.  What’s worse is that some grains are genetically engineered to produce their own Round-Up.  By eating grains, you’re eating weed killer (another reason to follow the dietary guidelines we’ve laid out in the book).

The EPA estimates that American farmers have used almost 100 million tons of glyphosphate between 2005 – 2009.

The herbicide industry has known about the negative effects of glyphosphate as far back as 1993.  Even in small doses, glyphosphates have been shown to cause heart problems and developmental malformations.

A study in 2007 showed Round-Up “…induced adverse reproductive effects on male offspring rats: a decrease in sperm number per epididymis tail and in daily sperm production during adulthood, an increase in the percentage of abnormal sperms and a dose-related decrease in the serum testosterone level at puberty, and signs of individual spermatid degeneration during both periods.”

In summary, here’s what glyphosphates can do to your children…

Despite this evidence, the government has decided to postpone serious research until 2030.  Most governments around the world still say Round-Up is safe.

My wife and I took great care to collect as much data as we could to protect our children from toxins like Round-Up.  We looked beyond government recommendations and dove into the actual research.  After compiling as much information as possible, we’ve been able to keep our children safe from substances like Round-Up.

We’ve developed an entire lifestyle that you can adopt by reading the Better Baby Book.  By avoiding hazardous chemicals like Round-Up, you can ensure a long and healthy life for your child.